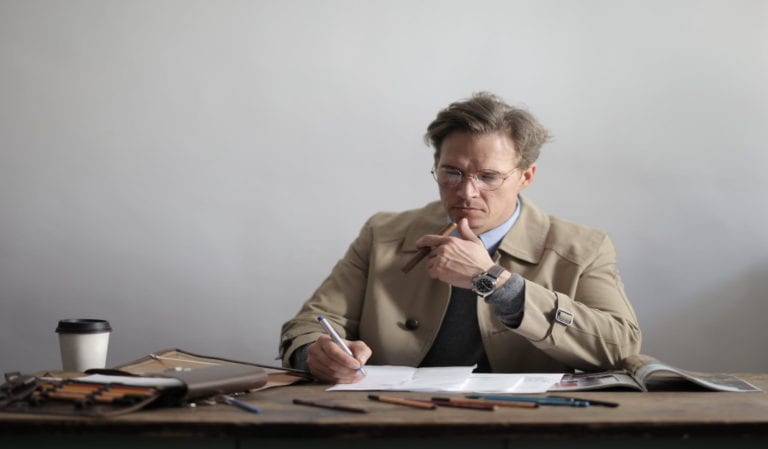 After the world’s abrupt crisis management, the real leadership test is what comes next. Returning to the familiar is going to be a mistake.

For business leaders, coronavirus has been a trial by fire for crisis management. It has been an exercise in making gut-wrenching choices, staying calm, confidence projecting, and providing comfort for others.

Deep down, however, we all know what leaders do next will be an even bigger challenge.

In addition to the staggering toll on humanity, COVID-19 has upended everything we thought we knew about finance and the global economy and exposed glaring operational weaknesses across the business world. Early predictions of a “V” shaped recovery have softened to a “U,” or possibly an “L” if we’re not careful.

When the Great Restart begins, many leaders will fall back on an idea once espoused by Machiavelli, who wrote:

“The great majority of mankind are satisfied with appearances, as though they were realities.”

They will try to reduce the anxiety in the air by restoring familiar routines, procedures, and traditions. The problem is that business, as we knew it, cannot be recovered.

Work will need to be reinvented. Before the pandemic, every company had problems. Many of them were negligible, so we lived with them. Whether it’s the robustness of the supply chain, the culture of meetings, or the criteria we use to hire and promote, everything’s on the table now. The value may be difficult to extract, but there has never been a better opportunity to create positive, productive, and lasting
change. Very few modern leaders have ever successfully navigated something like this. There is, however, one very useful example. And it’s not one you might expect. The first indication of what Deng Xiaoping had in mind for China came in April 1974, when he flew to New York for a special session of the U.N. General Assembly.

At the time, Mao Zedong was still in power and his Cultural Revolution—a brutal, top-down, ideologically driven reform campaign—had left the economy in shambles. Deng would not be formally installed as China’s paramount leader for another four years, but he was already working on a plan.

On April 14, Deng’s handlers booked a limousine to take him sightseeing. When they asked the 69-year-old Communist what New York landmarks he’d like to see, he had only one destination in mind.

Deng’s pilgrimage to the seat of American financial power didn’t come to light until a Harvard professor, Ezra Vogel, learned of it from Deng’s interpreter. In retrospect, however, it made perfect sense.

In the years that followed, Deng began a long, methodical program of free-market reforms that overturned decades of socialist dogma. In time, the move turned China into an economic power and helped millions lift themselves out of poverty. Against all odds, Deng reinvented the way China does business. To do so, however, he had to redefine China.

It may seem incongruous, given Beijing’s initial response to the coronavirus, to look to China for leadership guidance. But if you look closely, Deng Xiaoping has a lot in common with other leaders and executives who have overseen successful reinventions.

Added together, they offer an interesting playbook for the present.

Deng Xiaoping was a chunky man with melancholy eyes who stood 5 feet tall, smoked incessantly, and spoke Mandarin with a heavy Sichuan accent. Unlike the charismatic Mao, he was easy to underestimate.

When Henry Kissinger met Deng for the first time in 1974, he found him “acerbic” and somewhat lacking in self-assurance and diplomatic refinement. (He later admitted he’d been wrong).

Deng made no attempt to spellbind people. In his 2011 book, “Deng Xiaoping and the Transformation of China,” Dr. Vogel noted that Deng didn’t talk very much. Instead of focusing on appearances, Deng perfected the subtler arts of leadership. In-person, he was famously
direct and blunt, but always engaged intensely and listened closely.

In the wake of the pandemic everyone, including leaders, will have work through grief and trauma without letting it affect their performance. Ben Horowitz, co-founder of the venture-capital firm Andreessen Horowitz, once wrote that the most difficult skill he had to learn as a chief executive “was the ability to manage my own psychology.”

Under Mao’s regime, Deng had been “purged” on occasion, but always made his way back. He trained himself to never show anger or frustration. He wouldn’t hesitate to remove people from power but he wasn’t vindictive.

Deng’s modest, reserved approach isn’t one most business leaders prize, although it compares favorably to other leaders who’ve navigated uncertain times. During the pandemic, many leaders who share those traits also became trusted figures.

In his 2001 book “Good to Great,” Jim Collins found that most executives who led super-growth companies were, much like Deng, quiet, reserved, and self-effacing. They possessed “indomitable will” but directed their ambition toward the organization and its goals, rather than themselves.

The lesson seems to be this: In moments of radical uncertainty, nobody cares about your Godgiven eloquence and magnetism. Your leadership is a function of how you behave. And behavior can be modified.

Deng knew full well that returning to the status quo was not an option. But he also understood that in an upended world, meaningful progress comes haltingly.

Rather than opening China’s markets by decree, Deng moved only as fast as practical and political realities allowed. He gradually gave local managers more freedom and encouraged indirect investments in light manufacturing. He didn’t dwell on setbacks or focus too much on the way things got done. “It doesn’t matter whether a cat is black or white,” he once said, “as long as it catches mice.”

When Hubert Joly took over as CEO of Best Buy in 2012, he faced a monumental turnaround challenge. There were scores of urgent planning decisions to make that might take months to fully judge. To limit paralysis by analysis, he decided to avoid launching big initiatives and begin by making lots of small plans and decisions that could easily be undone.

“Instead of making some plan for the next six months,” he told an audience in 2018, “we’d get together to plan a week’s worth of work.” If his team wasn’t satisfied with its progress by the following week, they changed course.

Mr. Joly once likened his strategy to riding a bike for the first time. You don’t want to go too fast, but it’s a lot easier to make course corrections once you’re moving.

Pandemic or no pandemic, most business leaders are wired to take action. They assume that dramatic challenges demand equally dramatic remedies. A better approach may be to think ambitiously but advance patiently.

When Steven Kandarian became CEO of MetLife Inc., the company was bogged down by ultralow interest rates. Mr. Kandarian believed that a federal regulatory panel formed in the wake of the 2008 financial crisis might move to impose strict new requirements that could force him to break up the company.

So he beat them to the punch.

Mr. Kandarian made a “difficult” and “emotional” decision to spin off the bulk of MetLife’s U.S. life-insurance business, a unit that dated back to 1868. “There was a lot of attachment to that business in our company,” he said.

Then, MetLife made another painful decision. It decided to fire Snoopy, the company’s beloved longtime marketing mascot. In a statement, the company said Snoopy had served his purpose but was no longer necessary since the company would no longer be selling much to consumers.

Deng Xiaoping wasn’t afraid to break sentimental attachments, either. He believed that Confucius, the highly influential conservative philosopher, had handcuffed China’s thinking and progress for 2,000 years. He quickly repudiated the Cultural Revolution and in 1982, described Mao as “seven parts good, three parts bad.”

In a time like the present, when the past has failed us, leaders don’t have the luxury to cling to sentiment. You can’t move forward unless you’re willing to break strong attachments to the past.

History has shown that periods of turbulence are sometimes necessary. But the leader who really matters is the one who comes next. Deng couldn’t have reformed China if Mao hadn’t broken the economy.

The tricky part for these leaders is figuring out how to motivate people.

In his new book, “The Splendid and the Vile,” Erik Larson describes how Winston Churchill quickly changed British public opinion about the looming prospect of war with Germany. His rhetorical strategy wasn’t complicated. He simply spoke hard truths, then ended on a note of optimism.

In May 1995, Bill Gates sent a long, impassioned memo to Microsoft employees, declaring an end to the company’s primary focus on software. “The Internet is a tidal wave,” he wrote. “It changes the rules.”

The internet had to be elevated to “the highest level of importance,” he wrote, and every facet of Microsoft’s business needed to be rethought.

At the end of this sobering message, however, he inserted a Churchillian note, describing the shift as an incredible opportunity. “We enter this new era with some considerable strengths,” he wrote, that “position us very well to lead.”

Deng was also blunt about China’s challenges. He urged the Chinese people to “seek truth from facts.” But he also gave them hope by promising them a better future. “Socialism does not mean shared poverty,” he once said.

Most historians agree that Deng introduced relatively few new ideas. He tried to set a general course and create the right conditions for innovation, but he allowed others to work out the details. If local managers came up with promising innovations, he rewarded their initiative by expanding them. He knew that a search party of thousands beats a search party of one.

As business leaders prepare their employees for the possibility of more lockdowns, more layoffs and many abrupt course corrections, they shouldn’t sugarcoat the size of the challenge. But they also need to remind them of the strengths they’ve already shown, empower them to act, and above all, show some enthusiasm.

This crisis, like any crisis, is a once-in-a-lifetime opportunity to make significant, lasting changes.

In 2008, Howard Schultz returned as Starbucks CEO. He’d grown concerned that the companyhad lost the “essential magic” that had made its cafés so popular. His agenda turned heavily on restoring the “emotional attachment” with customers and making stores feel like the “heart” of a neighborhood.

As the global financial crisis deepened and the company posted a 53% annual decline in net income, Mr. Schultz doubled down on those values. Starbucks retrained staff, opened forums where employees could share ideas, added music to stores, poured into social media and donated money to social causes.

In this phase of the pandemic, people are still questioning everything. In light of this, any organization’s mission statement might seem like a disposable relic. But when the real work of rebuilding begins, people need something to believe.

At some point, millions of rattled employees will return to work and begin adapting to the new realities of temperature checks, plexiglass shields, disposable desk pads, staggered shifts, and devices that buzz when people get too close.

Some will thrive. Others will grow demoralized.

Comrade Xiaoping who died in 1997 never bothered to write a memoir, but if he were alive, he might advise leaders at this moment to think boldly but be patient.

On a recent podcast, IBM’s former CEO Ginni Rometty said the pandemic has reinforced “the value of adaptability.” In the future, she added, the most important quality any worker can possess may be “the propensity to learn.”

I’d argue that this also applies to leaders, especially now.