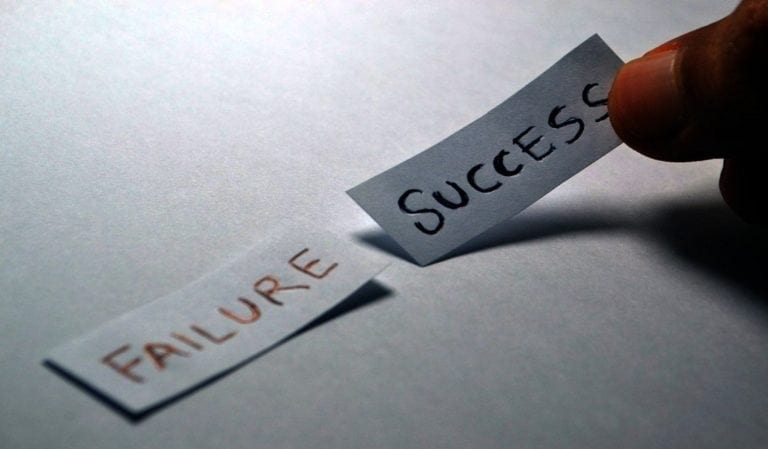 We all have weaknesses and have experienced times of failure – but how we overcome those shortcomings often says a lot about our personalities and work ethics. Despite the lessons learned, our flaws are not always something we want to talk about, especially in a job interview.

Regardless, it’s wise to be prepared for those dreaded questions in any interview, such as, “What are your weaknesses?” and “Tell me about a time you failed.”

Job interview coming up? Consider the following to help you answer questions about your failures and growth areas.

If an interviewer asks you to tell them about a time you failed, don’t let shock or panic set in. If you’re not able to come up with an example of your failures or weaknesses, it can signal an interviewer that you lack self-awareness or do not handle criticism well.

Moreover, one of the reasons interviewers ask this type of question is to see how well you think on your feet. If you prepare ahead of time with some examples of times you failed or a mistake you made in a previous job, you’ll be ready to answer the question immediately, which tells the hiring manager that you came to the interview well prepared.

Get Honest Input From a Colleague

If you’ve stayed in touch with a co-worker that would know one of your weaknesses, or was there when you failed at work, reach out to get their advice. Talking through a previous failure with a co-worker who was impacted by your failure or witnessed it can give you some helpful perspective that might come in handy when you have to talk about it in an interview.

Ask the co-worker how they felt you handled the situation or why they think you made the mistake in the first place. This might give you some closure on what happened too. If you always just viewed the mistake as a time you failed, maybe now you can understand the lessons you truly learned from it.

Reflect on Your Mistakes and Failures

Nobody is perfect, so there are times where you failed or made a mistake in your last role. You know what they are too; you just might have buried them because you don’t like to think about those mishaps.

Taking the time to reflect on your mistakes helps you identify your areas of improvement, which isn’t a bad thing. In fact, if you’re able to talk about your failures during an interview, it shows that you are a mature person who has grown since making that mistake. This also shows the interviewer that you are someone who values learning and finds benefits in challenging yourself.

When you take the time to actually reflect on your mistakes, you find an honest answer about your failures. Having a keen sense of self-awareness is important for any job, so if you’re able to give a good, mature answer to a question about your failures, an interviewer will notice that you are a person of integrity.

Talk About Why You Failed

When you give your example of a previous failure, don’t just say, “I lost a huge client for my company and my team failed as a result.” All this does is tell the interviewer that you made a big mistake. Instead, go into the details to show that you actually understand why you failed, and made sure to fix it moving forward.

For example, if you lost the client because of your communication skills or because you couldn’t beat a competitor’s price, explain that. The more you can show that you learned from the mistake, the better you can communicate to the interviewer that, despite this previous failure, you won’t make that same mistake in this job because you understand what went wrong.

No matter how much you prepare, you could still draw a blank during the interview when this question comes up. Limit the chances of this happening by practicing.

Give a friend a set of random interview questions to ask you, knowing that one of them is “Tell me about a time you failed.” Even though you know it’s coming, when it finally comes up, see how well you handle being asked this question on the spot.

Preparation is key for acing an interview and by rehearsing your responses, you’ll be more likely to walk into your interview confident and ready for any curveballs that might come your way.